The Most Important Decision in Your Life: Your Future Dreams Unfulfilled

The right decision is the wrong decision, if it’s made too late

As a career counsellor, I have taken many calls from people inquiring into my services. However, there is one that will always stand out in my mind. The call was from a woman who asked to get a resume completed. She stated that she had been driving to and from Toronto for approximately 20 years and wanted to look for work closer to home. From where she was located the drive is about 1+ hours away, with very busy highway driving. The drive had progressed to being very frustrating and grueling, and it had been that way for a very long time. So, I discussed my process and set up an appointment to help with her resume. The day of the appointment came, and I attempted to call her. The result, no answer.

The question that then dawned on me was, “How many people are there desiring to make a career change, but never do?” There are individuals very similar to the lady that I spoke to, wanting to change some aspect of their lives or career, but don’t. They have the desire to change, but when it comes to taking a leap, they stop short. Individuals can constantly spin their wheels with a decision that needs to be made. People continue to live in the same stage of life even if it is miserable, because they have grown used to it. They stay stagnant. Ironically, putting off this decision-making process is actually a decision in itself. It is a decision to ignore future possibilities.

Not making a decision is equivalent to never starting your journey towards a possible new life. People tend to worry about making “bad” decisions. However, in life there are very few decisions that will lead to catastrophic disasters, such as getting yourself killed or leaving you completely bankrupt and penniless. Indeed, to be contrary and a devil’s advocate, there have been a multitude of stories about people becoming disgustingly wealthy after being penniless. The majority of life decisions are not disastrous, and with a pivot you can always find ways to change your direction.

However, never making a decision is a critical mistake, because it will rob you of a potential future. For example, let’s take the lady that called. Assuming that she still has no resume, if there is a possible job opening she cannot even apply to it. She has zero chance of getting a new job. This is the severity of making no decision, it leads to no possibility of ever moving forward. She will be in that same job until she decides to change, or unfortunately someone else could make a decision for her, by being downsized, reassigned, laid off or even perhaps being fired. In these cases, the decision to leave will not be hers.

To use a sports analogy, not making a decision is equivalent to never getting on the field to play a game. You never make a decision to join the action. Never getting in the game means having a zero chance of ever playing in the big leagues, or perhaps even getting into the Hall of Fame. So, let me ask you this. Are you still sitting on the bench refusing to get in the game? Do you have dreams of a career that are unfulfilled? Have you chosen to settle into a career that’s just “fine”? Are you watching the world, your life and career go by? If you are, then you are putting off the most critical decision that you will ever make in your life. I suggest you don’t keep putting it off, before it does become too late. 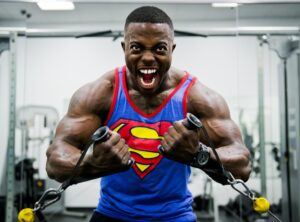 Reasons Why Young People Struggle to Find a Successful Career

Photo By Pixabay from Pexels In my work, I encounter many youth struggling to find a successful career direction. In this situation, I am not 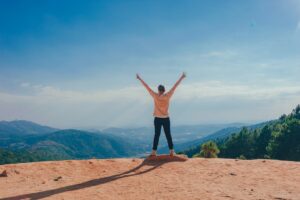 Do You Have Both Fulfillment and Career Success?

Photo By Min An from Pexels If I asked you if you were okay or satisfied with your career, I bet many people would say 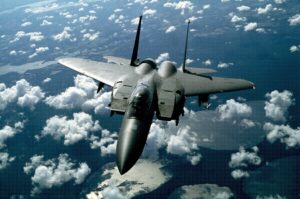 What Makes You Come Alive!

With the current release of Top Gun 2, I was reminded about my educational and career experiences as a youth. It also provides me the