What do you SEE in your career?

Your time is limited, so don’t waste it living someone else’s life.

I once read an article on a popular career website that was titled, “No, Really: Why There Are No Right or Wrong Career Decisions.” The final sentence of the article boldly stated, “There is no right and no wrong. There are just choices and opportunities.” The main argument was to not worry about being satisfied with your career decisions, because every decision is simply a “stepping stone” to something better. Having read the article I was perplexed at what the author was trying to communicate. If there is no right or wrong decision, then why do people have careers filled with many unhappy jobs? From a wide range of employee surveys, we know this to be a miserable reality for many workers. Having provided career counselling to individuals, was I giving the wrong advice? Should I simply say to all my clients, “No need to be concerned, because no matter what choice you make everything will work out in the end, as all roads lead to new opportunities.”

I have encountered many clients who have taken this approach, treating every job as a move to another one. However, when I talk to individuals that have done this, they never seem authentically satisfied with their career choices. Sure, they find it “okay”, but it was not described as deeply inspiring or meaningful. To achieve an intensely satisfying, rewarding and purposeful career, one needs to have a vision, and I believe that the article was missing this key concept. Without a very clear career vision and specific goals, you will not be able to define what is really important in your career. Having a vision and goals sets a stage, enabling you to find true meaning and provide you a process by which you can evaluate what is worthwhile. Many famous personalities have attributed their success to this one critical factor. One such person who utilized his extraordinary visionary abilities was Walt Elias Disney.

Out of all the great business leaders, Walt Disney stands as one of the most influential public figures of the 20th century, with powerful talents for executing a uniquely creative vision. Throughout his career, he provided leadership through the impacts of the post-World War I economic boom, Great Depression and World War II. In addition to these severe times, he experienced his share of hard failures including company bankruptcy, mental breakdown, devastating employee strike, and loss of control over one of his major creations. However, it was his vision that was his key to success, stating that his most powerful tool was “dreaming.” He used to say, “If we don’t dream or desire to have a vision for something better for ourselves or others, then what is it that gets us out of bed every morning?” He also stated, “I execute my vision to make those dreams come true.” Walt Disney knew how to focus his time, talents, energy, and resources to make his dream a reality. To this day Walt Disney’s legacy lives on.

Walt Disney did not achieve these accomplishments by meandering through an unintentional series of “stepping stones”. He had a very specific vision of what he wanted. Indeed, there have been many stories told by early Disney Studios employees explaining how Walt would even demonstrate his ideas for a new film. He would gather everyone together and then act out the entire movie sequence, to show what he envisioned the final story to be.

But why specifically is a having vision so important? Creating a vision is vital, because it reveals exactly how you want to live and the dreams that you have. Most people have no idea about how they want to live, instead letting circumstances, life situations and other people dictate where their life is going. How may people do you know that aren’t living their own lives, but the goals and expectations of others? All things are first created in the mind, and a vision will help you design a picture of your future. A vision brings to life the dream of your new reality, enabling you to achieve something very specific and tangible. Without a vision, you will not know what you are trying to achieve.

Ask yourself, what are your greatest dreams, and do you believe you can achieve them? Do you have ongoing “hunches” or “whispers” about different career choices you want make? What is your future vision? A very famous celebrity once said, “You are the author of the book of your life.” Don’t you think it’s time to start envisioning and writing your own book? 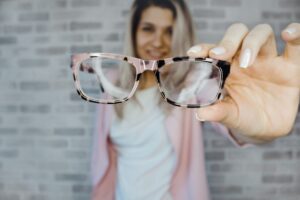 Photo by Designecologist from Pexels You want to leave your job and do something else. You want the next job to be a new change. 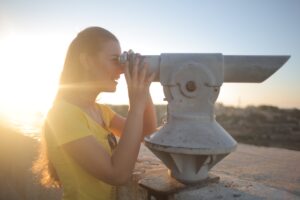 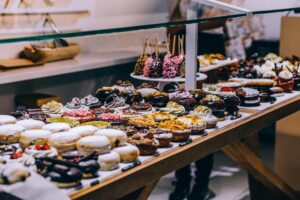 What’s This Going to Cost Me?

Photo by Igor Ovsyannykov from Pexels Being self-employed has been a real eye-opener, because it has allowed me to see things from both sides of