What are YOU working for?

What man is, he ultimately becomes through the cause which he has made his own

Why do you get up to go to work in the morning? If you ask the average person why they go to work, a majority of people would likely say one word, “paycheque”. Financial motives are probably the major reason that most people work. Working provides a living, enabling us to pay bills to support ourselves and those that we care for. However, in a study published by BetterUp Labs, they surveyed 2,285 working professionals. The study found that almost 9 out 10 individuals would sacrifice 23% of their future earnings, which is roughly $21, 000/year for work that is meaningful. So, maybe the money notion is not so clear cut, and this finding is contrary to the idea that most people simply work for the almighty dollar. In another informal survey conducted by the Harvard Business Review, the author surveyed a group of professionals between the ages of 28 and 58, asking them what they regretted most about their careers. He found that by far, the biggest regret came from those people who opted into high-paying but ultimately dissatisfying careers, implying that they wished that they had not taken the job for the money. But then this begs the question, why are most people attempting to go after top dollar instead of meaningful work? What is the true importance of finding meaning and purpose in our careers?

Imagine this. You are at a lake during the winter, standing at its banks. The river appears to be frozen, but you can see in many areas that the ice is extremely thin. If you to stand on these thin spots you could possibly fall in, as they might not hold your weight. If I offered you $5 dollars to cross the lake to get to the other side, would you cross?  I think it would be safe to assume that most of you would say a definite “no!” However, what if I kept raising the amount to say $1,000 dollars or even $10,000 dollars, would you cross? Now, let’s suppose that your young child has crossed to the middle of lake and fallen in. Time is of the essence and you do not have the time to get assistance, what would you do? I think that most people would not hesitate to try and reach their child. What has changed in this story? The factor that is changing are your reasons for crossing, as the actual situation remains the same. To apply the frozen lake scenario to a career, two people can perform the same work for very different reasons. Their “whys” for doing their jobs differ. Each person values different things.

Ultimately, the career development process is about discovering what is truly meaningful to you. We don’t live in a vacuum, and a lot of us have taken on reasons for work that are not truly our own. We can be influenced by our parents, family members, personal idols/heroes, life circumstances and societal expectations, the list goes on. We adapt our beliefs and actions, pursuing work for many reasons even though it may be completing dissatisfying. Working can even get dysfunctional, leading to extreme levels of tension, stress and anxiety.

It’s important to separate the signal from the noise and begin to reflect on what is important. Having a great career means finding work that is truly meaningful to you. What are you really working for? Are you simply working for a paycheque, and is this enough? Do you want a career that is meaningful and purposeful? Are you living the career plan of someone else or your own? Have you stayed too long in a job that is contrary to your own values? It is time that you ask some deeper questions to give yourself a real chance at experiencing true joy, satisfaction, contribution, meaning and purpose in your career. 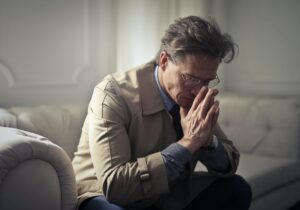 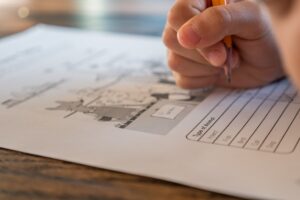 Photo by Jessica Lewis Creative from Pexels I have heard many client stories about taking assessments. Some clients mention taking a “test” in high school, 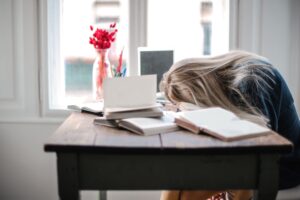 If You Think “Quiet Quitting” is an Effective Career Management Strategy, Think Again!

Photo by Andrea Piacquadio from Pexels First, we heard about the “great resignation”. Today, many people are talking about “quiet quitting”. The way people are